Turbulent times in the energy sector

The Hungarian retail energy sector is still in trouble. After the hectic summer the Government
continued with its price cut policy which resulted in a total reduction of 20% of energy costs for retail consumers. Utility service providers complain that they have come to their financial wall. Prime Minister Viktor Orban said that the Government is currently in talks with 6-7 major utility service providers willing to sell their Hungarian operations to the Hungarian state.

Raiffeisen and MKB plan to exit the Hungarian banking market

The recent market events evidence that the long promised consolidation of the Hungarian banking industry is closer than ever. Bayern LB, the parent bank of MKB announced that it will split MKB in a way that will increase its chance of being sold. Raiffeisen is currently considering some purchase offers in order to exit the market. On the other hand, one of the few profitable banks, OTP announced again that it would grab any opportunity for growth. Taking all into account the next couple of months may bring important changes to the Hungarian banking industry.

4G mobile spectrum auction to be held in Hungary soon

The National Media and Communications Authority has recently published the draft of the
tender document for the frequency rights within the 800, 900, 1800, 2600 MHz and 26
GHz spectrum. It is expected that the auction will be significant, as it can bring approximately
half billion Euros to the state budget. The main potential applicants are Vodafone,
Telenor and T-Mobile. Still the Authority categorically stated that it would create an equal
opportunity for both incumbents and new entrants.

The largest energy deal in Central Europe and the Balkans 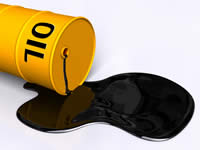 The Hungarian blue-chip energy company, MOL, may sell its stake in the Croatian INA

The Central Bank of Hungary expressed its strong financial outlook that the next year will be a promising year in Hungary. It predicted 7.4% increase of investment growth, historic low level of interest rates, moderate GDP growth, low inflation rate and the deficit of 2.5% of the GDP which is still below the 3% of GDP reference value to stay beyond the excessive deficit procedure. It seems that the Hungarian stable economic growth will continue in 2014. Read more...

No barriers for cross-border company transformation

According to the ruling of the Supreme Court cross-border transformation cannot be banned by national law. The ruling set a Hungarian precedent by approving cross-border company transformation in respect of companies who are registered in other Member States and want to move their seat and business to Hungary. Read more...