Deals on the rise again

Hungarian markets have recently experienced a lively past in terms of deals. It may be just the beginning. The state will most likely continue to acquire strategic assets and consolidation of some industries may come. Successful Hungarian companies may contribute to the increase of M&A and IPO activities. Strategic investors may return. Overall the number of deals may substantially rise in the future.

Hungary aims to become a regional hub for Chinese investors

The market presence of Chinese investors in Hungary will most likely rise. 10-15 Chinese companies may enter Hungary with EUR 50-120 million worth of investments. Wanhua plans to expand the capacity of BorsodChem. BBCA Group plans to make a significant greenfield investment. Also, the government is in talks with China to realize two big-ticket deals related to railway line construction. All in all, Hungary expects to make significant Chinese deals.

Major changes in the banking industry ahead

This summer brought important developments. “Three or four large banks will leave the banking sector in Hungary. There will be fewer, but bigger banks” Márton Nagy, the managing director of Central Bank of Hungary noted. Simultaneously, BayernLB, the parent of MKB announced that it will sell MKB to the government. This is a milestone transaction showing that the long promised consolidation of the industry can be materialized. In addition, the exodus of foreign banks will become easier with the introduction of a “bad bank” established in order to separate non-performing loans of banks from their healthy portfolio. Overall, the Hungarian banking landscape may significantly change in the near future.

Outlook of the Hungarian energy industry in 2014

The Hungarian energy industry has been very hectic in 2014. Press placed a strong focus on potential state acquisitions of utility service providers, investments of MOL and the expansion of the Paks nuclear plant. The future is extremely challenging as all these potential deals may completely change the landscape of the respective energy industries. Overall, it is worthwhile for investors keep a close eye on the Hungarian energy market developments. 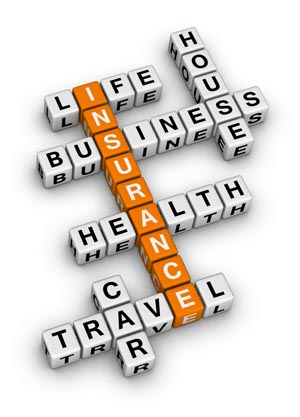 The Hungarian insurance industry shows that slowly but surely it will face consolidation. The key problem is the small size of the market which is simply undersized for close to 30 players. Due to the extremely small size of market share, many foreign players could easily leave Hungary. Simultaneously, important announcements evidence further market movements in this industry. The Dutch ING announced that it will sell its insurance business. The Hungarian CIG Pannónia announced that it will purchase the client assets of its competitors.

The Hungarian automotive industry is one of the great success stories of the country. The press regularly reports about production expansions, new greenfield investments and improvement of supplier networks. The big four, Opel, Mercedes, Audi and Suzuki have all shown steady production growth. Each of the big four have a very good business relationship with their local suppliers which boosts investments further. Thus, the local supplier networks are constantly improving. In this context, the construction of a new production plant by the Indian tyre producer, Apollo Tyres will be a major market breakthrough. Overall, market developments suggest that a continued investment boom is expected.