Potential of the Hungarian railway sector

Interview with Mr. Nagy, Project Officer of the European Union Agency for Railways

The liberalisation process could completely change the landscape of the Hungarian railway market. Also, the Budapest-Belgrade railway construction could be one of the largest railway construction deals ever made in Central Europe and the Balkans. In this edition we interviewed Mr. Kornél Nagy, project officer of the European Union Agency for Railways. Amongst others he is responsible to follow the implementation of EU legal framework by railway undertakings.

The deal of the century ahead

After a long period of uncertainty, Paks II Nuclear Power Plant project has finally got the green light for implementation. The project may cost EUR 10 billion and a total of 6000 items may be purchased/supplied via the tenders. The main contractor Rosatom may announce the tenders for suppliers of the Paks II Nuclear Power Plant at the end of May or June. The countdown for the deal of the century has started. Stay tuned. 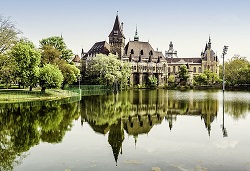 Liget Budapest project to be implemented in 2017

The Liget Budapest project was among the 4 finalists of the MIPIM awards 2017 in the ’Best Futura Mega Project’ category and the only European along side the Russian, Japanese and Brazilian fellow competitors. The international recognition will surely give a boost to the implementation of the project. The construction work may start this year. The tenders for the best European mega future project may come soon. Stay tuned.